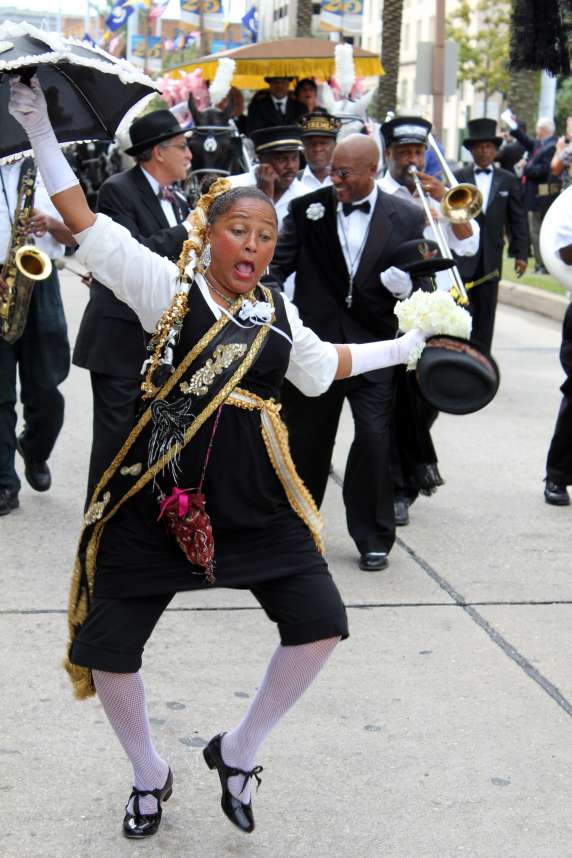 One of the more distinguished aspects of New Orleans culture is the jazz funeral. The Funeral is seen as "a major”  celebration. The roots of the jazz funeral date back to Africa. Four centuries ago, the Dahomeans of Benin and the Yoruba of Nigeria, West Africa were laying the foundation for one of today's most novel social practices on the North American Continent, the jazz funeral.

The secret societies of the Dahomeans and Yoruba people assured fellow tribesmen that a proper burial would be performed at the time of death. To accomplish this guarantee, resources were pooled to form what many have labeled an early form of insurance.

When slaves were brought to America, the idea of providing a proper burial to your fellow brother or sister remained strong. As time passed, these same concepts that were rooted in African ideology became one of the basic principles of the social and pleasure club. As did many fraternal orders and lodges, the social and pleasure club guaranteed proper burial conditions to any member who passed. These organizations were precursors to debit insurance companies and the concept of burial insurance. 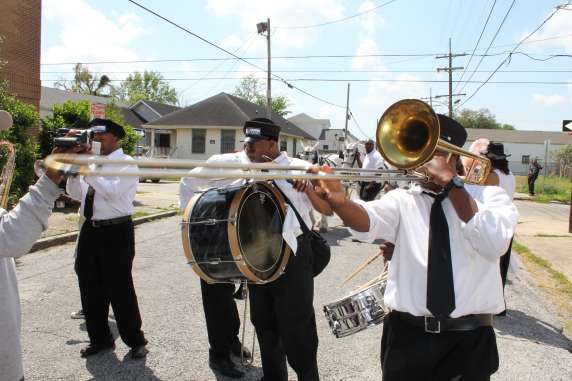 The practice of having music during funeral processions was added to the basic African pattern of celebration for most aspects of life, including death. As the brass band became increasingly popular during the early 18th century, they were frequently called on to play processional music. On the way to the cemetery it was customary to play very slowly and mournfully a dirge, or an 'old Negro spiritual' such as 'Nearer My God to Thee,' but on the return from the cemetery, the band would strike up a rousing, 'When the Saints Go Marching In,' or a ragtime song such as 'Didn't He Ramble.' Sidney Bechet, the renowned New Orleans jazzman, after observing the celebrations of the jazz funeral, stated, "Music here is as much a part of death as it is of life." 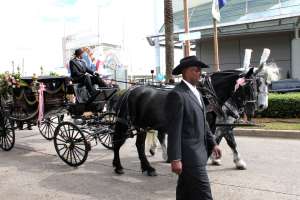 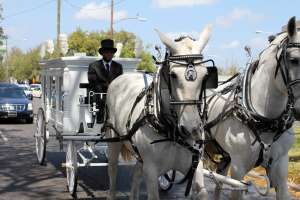