To share your memory on the wall of Stanford Barre\', sign in using one of the following options:

To send flowers to the family or plant a tree in memory of Stanford Peter "Pampy" Barre', please visit our Heartfelt Sympathies Store.

We encourage you to share your most beloved memories of Stanford here, so that the family and other loved ones can always see it. You can upload cherished photographs, or share your favorite stories, and can even comment on those shared by others.

Posted Jul 11, 2020 at 10:43am
Stan will be greatly missed. He was such a giving person. Please accept our heart-felt condolences for your loss. We will miss Stan at our annual Nomads Meeting, and the Nomad 6 will greatly miss his participation in our chats and our golf outings. May we all find some comfort in the good times we spent with Stan here on earth. May the Lord continue to bless the Barre' family. 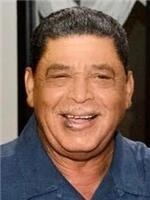